SSS Phuket offers you the possibility to enjoy scuba diving in Phuket for pleasure or to attain the various levels. We also organize day trips and liveaboard.

Always wonder what is it like to breathe underwater? Have a go and discover the world of Scuba Diving without having to plunge into certification course and enjoy diving in Phuket.

Get your Open Water Diving Certification today! This basic and very popular diving certification is a ticket to a lifetime of leisure diving adventures. 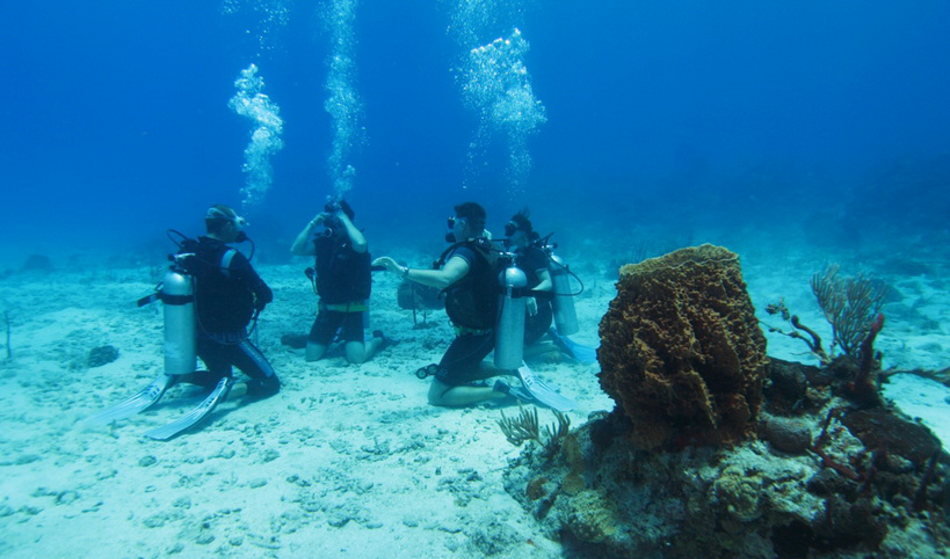 Exploration. Excitement. Experiences. Advance your diving skills with the Advanced Open Water Diver Course after your Open Water Diver . This course would improve your capacity while scuba diving as you would be able to boost your confidence and work on your scuba skills.

Many Divers describe the Rescue course to be both challenging but yet the most rewarding course they have ever taken. This course enables you to learn to prevent and manage problems in the water and at the same time to be more confident as a diver.

Passionate about diving ? Consider doing what you love for a living: become a Divemaster. When you Join the Tribe™ by becoming a Divemaster, you join the largest and most respected dive tribe in the world—that of the Professionals.

Extraordinary is THE word to describe this course. You would have a once in a lifetime experience! Go behind the scenes of diving and be part of the team to share your diving skills with others. As a Open Water Scuba Instructor, spread the joy and beauty of Scuba Diving and be rewarded in ways you cannot imagine.

Specialty Courses teache you new techniques and provides you with tools to enhance your dive exploration. Choose and select what you would like to know more and immerse in it. Choose from a list of exciting specialty dive courses!

Phi Phi islands have one of the most spectacular landscape where the vertical cliffs of Thailand are the backdrop of the beautiful beaches. These islands became even more renowned when Danny Boyle filmed the movie ” The Beach” starring Leonardo Di Caprio in 1998.

Koh Racha Noi, is an uninhabited wild island featuring hard coral reef and large granite boulders. This island has got one of the best visibility among the islands around Phuket. Encounters with Manta rays and leopard Sharks are frequent. Dive sites are catered for beginner to advanced levels.

Koh Racha Yai is the largest of the two islands located off the Southeastern coast of Phuket. Different kinds of corals can be spotted here with the Staghorn coral predominating in many areas. Marine life is rich and species such as Barracuda, Tuna and Milk Fish can be found in this area.

On the 4th May 1997, the King Cruiser, a car ferry sank. The ferry was navigating between Phuket and Phi Phi island when it hit the underwater pinnacle of the Anemone Reef. The impact had split the pinnacle in two and had created a massive hole in the hull which allowed water to enter. All 561 passengers on board were rescued.

MV Deep Andaman Queen is a brand new liveaboard built in 2012, she has air conditioned cabins with private bathroom. She has a variety of cabin configurations to suit our guests’ requirement from quad, triple and twin shared standard cabins on the lower deck, to Deluxe Double bed and Twin beds cabins on the main deck.

The June Hong Chian Lee known as “The Junk” was built in Malaysia in Penang. Made in Teak wood, it is thirty meters long with about 330 square meters of sails. It was built 1962 for charcoal transportation from Burma to Malaysia. Until 1985 the junk was used to transport merchandises as wood, mango and charcoal. Then it was modified to serve as a Yacht. The Junk was sold in 1997 and was restored and optimized to serve as a liveaboard.

SSS Phuket also offers more cruises in this luxury range to share with family or friends in absolute comfort:

MV Pawara is extremely spacious. With a 35 m2 living room, a dining room with air conditioning , 72 m2 for the upper deck and a large diving platform insuring easy launching which allows enjoyable relaxation moments between your dives. Each double cabine has its own air conditioning, as well as a bathroom and toilettes to feel comfort.

SSS Phuket also offers more cruises in this mid-range that can accommodate your budget to share with family or friends:

With the Scuba Adventure Liveaboard enjoy the Andaman Sea at an affordable price.

Among the”Budget”, SSS Phuket also offers the opportunity to benefit from many other cruises with discount price to share  with family or with friends: 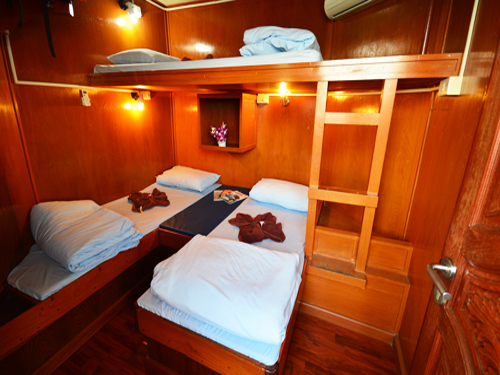